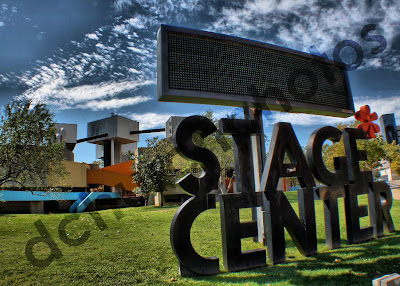 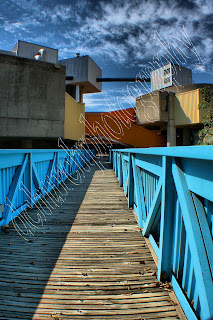 Stage Center is adjacent to the Myriad Gardens. Designed by New York architect John M. Johansen, it was opened in November of 1970 and was originally known as The Mummers Theater. Ironically the building was partially funded by grants from The Ford Foundation.
It received the 1972 Honor Award of the American Institute of Architects. The Mummers Theater became the Oklahoma Theater Center when the Mummers Group went bankrupt, due in part to the debt occured from the theater. The name changed to Stage Center in the early Eighties.
Today it is owned by the Oklahoma Arts Council and subsidized by the city. It is the home to the Carpenter Square Theater and hosts the annual Arts Festival.