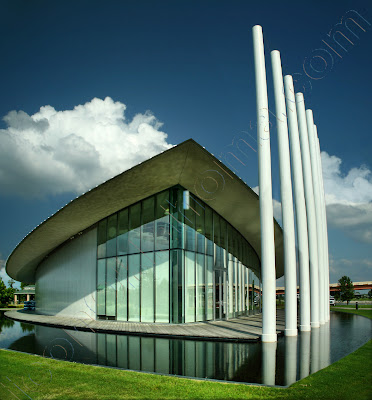 One of the major MAPS projects for Oklahoma City was the straightening and filling of the Oklahoma River (formerly known as the North Canadian River.) It used to be be so dry that it would have to be mowed a couple of times a year.
One of the benefits of rejuvenating the river was it became an excellent venue for rowing.
The $3.5 million facitlity is the first of many boathouses planned for the river.
This is two three shot HDR photos merged as a vertical panorama.